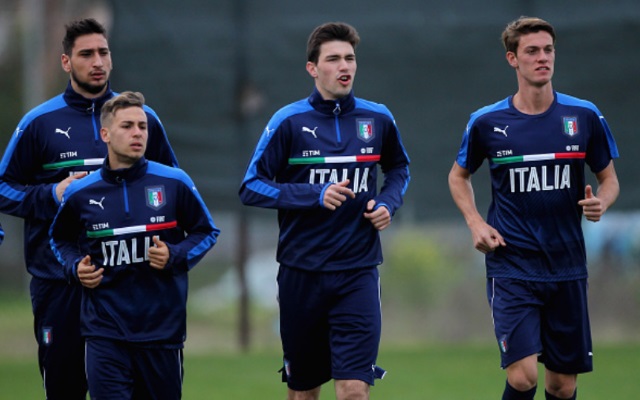 AC Milan owner Silvio Berlusconi has confirmed that the Rossoneri have received an eye-watering offer for their prized asset Gianluigi Donnarumma.

Speaking to the media—as reported by Sport—the veteran club chief has confirmed that the fallen giants of the Italian game have received an offer of €80 million for the 17-year-old stopper.

However, Berlusconi has confirmed that the deal has been rejected.

While Berlusconi refused to reveal which club had made an offer for the keeper, there are very few in the world game who could sanction such an astonishing offer.

Two clubs that might are Manchester United and Chelsea, both of whom having been linked to the wonderkid in recent months.

Donnarumma has shone this season after replacing Diego Lopez in the Milan first team, and while he could be an ideal long-term successor for either Thibaut Courtois or David Dea Gea—both of whom have been tipped for the exit door—it’s hard to imagine either club offering so much for a player who has only just completed his first season in the professional game.