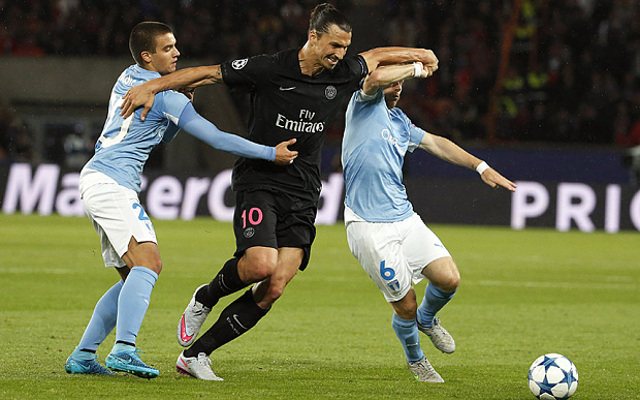 Until the pen gets put to paper, Man United fans will have no choice but to wait as Zlatan Ibrahimovic weighs his options for his next – and perhaps final – team of his historic career. Despite the massive payday Zlatan is poised to receive if he seals a move to Man United, sentimentality could get in the way of the move everyone wants.

In a recent trip to Sweden to meet with fans, Zlatan seemed to make it clear that a return to the club that gave him his big break in 1999 – Malmo FF of Sweden’s Allvenskan – was still in the cards, and that a move would be done eventually.

“I love Malmo and I wish I could play today. I apologise for that, but I will, I will. Just wait for me,” Zlatan said, per the Mirror.

According to the Guardian, Zlatan’s agent Mino Raiola echoed the statement by making it clear that no deal between the former PSG scoring machine and Manchester United is anywhere close to being done. Raiola disputed the notion that Man United are the only fit for his high-profile client, who is reportedly seeking a wage that will make him among the highest paid players in football.

“We have not decided anything yet,” Raiola said. “I think it will be a surprise in the end. Everyone is harping on about only United, United, United. There are some clubs in England, a few clubs in Europe, clubs outside Europe, but everyone assumes that he must go to Manchester United, but it is not true.”

Zlatan scored 50 goals in all competitions for PSG this past year en route to Ligue 1 and French cup titles.