Irish excitement ahead of Euro 2016 dipped on Tuesday night as Martin O’Neill’s men were humbled at home by Belarus.

The Republic went down 2-1 at Turner’s Cross as Cork staged a forgettable farewell party for the Boys in Green.

Belarus defied their FIFA World Ranking of 77 by taking the lead after just 21 minutes when Mikhail Hardzeichuk picked out the top corner with a fine effort from long range.

Hardzeichuk’s opener came from his side’s third shot of the game. They would only register eight attempts all night, half as many as Ireland.

Ireland also had the lion’s share of possession, but their statistical dominance counted for very little and Belarus – four days on from a 3-0 defeat to Northern Ireland – were 2-0 up just after the hour mark.

Maksim Volodko was the scorer and he deserves plenty of credit for a fine run which embarrassed Cyrus Christie. However, his finish was very lucky, with a bit deflection beating Shay Given.

Ireland looked shocked. Belarus had not scored a goal in their previous four internationals and yet here they were with a commanding lead.

O’Neill’s men did fight back, but this 71st-minute consolation goal from Stephen Ward was as good as it got.

Stephen Ward, he scores when he wants (in LOI grounds)

After the final whistle, O’Neill named his final 23-man Ireland squad for Euro 2016.

Christie was perhaps a little lucky to survive the cull, considering how easily he was beaten for the second Belarus goal.

Meanwhile, Aiden McGeady’s inclusion also seems rather fortunate as he has barely played in recent weeks, with Sheffield Wednesday ending his loan spell and sending him back to Everton before the Championship play-offs. 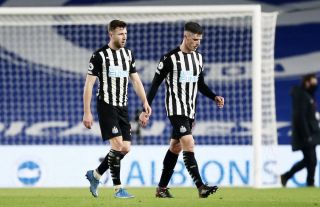 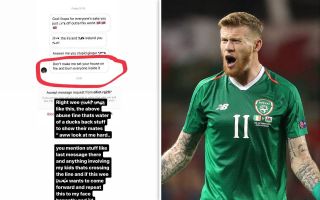