Manchester United‘s hopes of signing West Ham United wonderkid Reece Oxford are set to end in disappointment, with the Hammers determined to reject any approach for their teen talent.

17-year-old Oxford was one of the breakout starts of the season for the Hammers, and while he still has much to learn, he impressed with his maturity and composure during his occasional appearances under Slaven Bilic this term.

Jose Mourinho has clearly taken note, and according to the Mirror, the Portuguese coach is keen to make the teenager one of his first new signings at Old Trafford, with the north-west heavyweights understood to be primed to make a £10 million offer for his services. 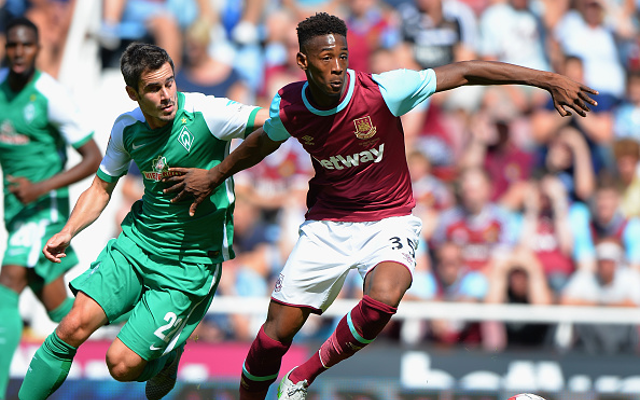 However, the tabloid note that West Ham are under no illusion as to the value of their highly rated youngster, and are set to resist any offers they may receive for the youngster’s services.

Oxford made seven appearances for the Hammers this season—of which three were starts—and also made two cameos for the East London side in the FA Cup.

While he remains raw—and would certainly be unlikely to establish himself in United’s first team any time soon—he could represent a long-term option for Mourinho in the heart of the defence or at the base of the Red Devils’ midfield.