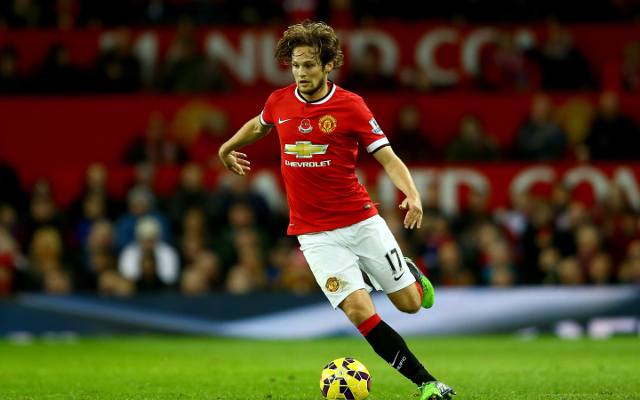 Manchester United ace Daley Blind is reportedly a £14m transfer target for Barcelona following on from reports that he isn’t wanted by Jose Mourinho.

The Dutchman played an integral role in Louis van Gaal’s plans last season, with his versatility seeing him deployed in a central-defensive partnership with Chris Smalling for the most part.

Despite the fact that he offers depth and quality if not a first-team option for Mourinho, it appears as though he could be set for an exit from Old Trafford this summer.

Reports on Tuesday suggested that both Blind and Juan Mata would be available for transfer this summer, according to Sky Sports, with neither figuring in Mourinho’s plans moving forward.

The Spaniard’s position isn’t really a surprise given that he has already been offloaded by his former boss once during their time together at Chelsea, but Blind’s exclusion is a shock.

In turn, Sport have now claimed that Barcelona are ready to take advantage of the situation and make their move for Blind, as they evidently value the former Ajax man’s talent and ability to play in various positions which would naturally prove useful for Luis Enrique next season.

The Catalan giants are understood to be set to make various changes this summer, with the likes of Dani Alves and Javier Mascherano potentially seeing their time at the Nou Camp come to an end.

Enrique will therefore have to take steps to rebuild his defence, and the addition of Blind would be a wise move, provided that Mourinho has indeed decided that the Dutch ace doesn’t have a place in his squad next season.