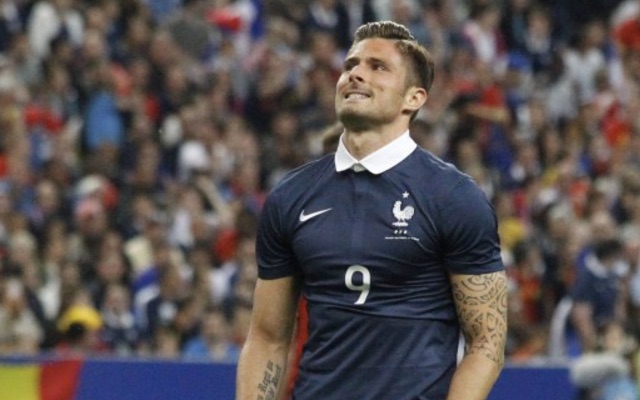 Arsenal striker Olivier Giroud was booed by a section of France fans during Monday’s 3-2 win over Cameroon.

Giroud scored his 15th senior international goal in the Euro 2016 warm-up game, but was whistled at on multiple occasions.

Many observers have suggested that France fans booed Giroud to express their frustration at Karim Benzema’s omission from the squad.

Benzema was not selected due to off-field issues, with Giroud seemingly benefiting from his ‘misfortune’.

France coach Didier Deschamps has spoken out on the issue, telling fans they were unfair.

“You hear what you want,” a hostile Deschamps told the media. “The whistles were unfair tonight, but in Biarritz, he was applauded. People can be conditioned.

“But Olivier scored again. When you say it, you are not helpful. You are free to say what you want but this is not necessarily the truth.”

Benzema has scored 27 goals during his staggered France career.