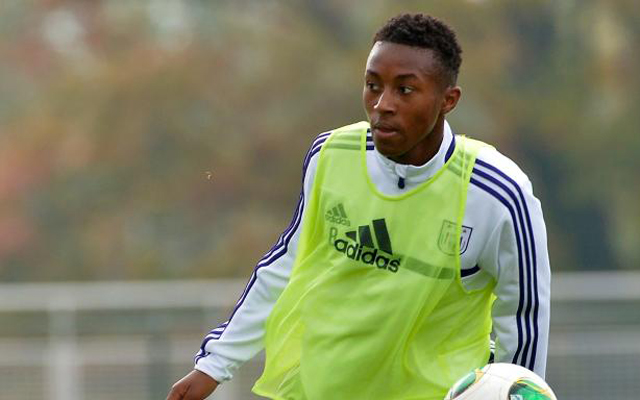 Liverpool have reportedly reached an agreement to sign Anderlecht starlet Samuel Bastien as Jurgen Klopp continues to bolster his squad this summer.

According to Irpinia News, the 19-year-old has agreed a deal in principal to join the Premier League outfit in a move worth between €5 and €6m, and it comes after he had been monitored by the club during his impressive loan spell with Avellino in Serie B this past season.

Should a deal be confirmed, Bastien will become Klopp’s fourth summer signing after Joel Matip, Marko Grujic and Loris Karius have all already been snapped up.

Liverpool had faced competition from the likes of Fiorentina and Sporting Lisbon, while Anderlecht suggested last week that they wouldn’t be selling the talented youngster.

However, things have progressed in a positive manner for Liverpool since, with claims that the deal is almost done.

The Belgian midfielder is currently on holiday in Spain, but continues to be updated on a regular basis by his agent as he looks to secure a dream move to England this summer.

Nevertheless, it is also claimed in the report that he will likely be loaned out next season with a view of allowing him to continue to play regular football and develop his talent.

Such was his impact at Avellino, the Italian side had pushed to try and secure his permanent signing but ultimately they were unable to reach an agreement with Anderlecht over the fee which in turn has paved the way for Liverpool to swoop.