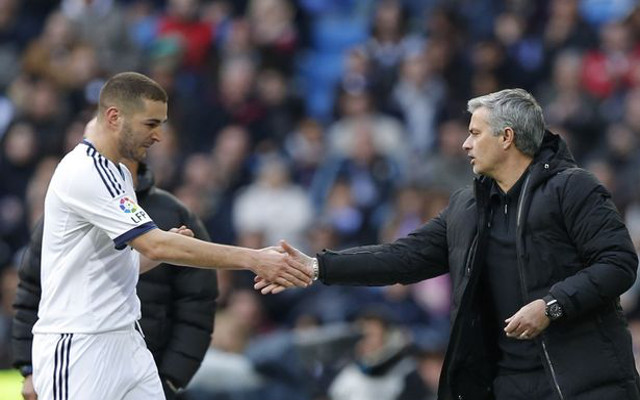 Real Madrid striker Karim Benzema has somewhat fond memories of his time under the tutelage of Jose Mourinho. The Special One helped him reach new personal bests in scoring while leading Real Madrid to a La Liga title. But despite being pushed behind Cristiano Ronaldo and Gareth Bale in the team pecking order, Benzema has no plans of reuniting with “Mou” at Manchester United.

In a recent interview with Marca [per ESPN FC], Benzema said that with the “ups and downs” in their relationship during Mourinho’s three-year stint at Real Madrid, he is fine at the Bernabeu and not looking forward to joining any other team – let alone Man United.

“Mou was something special,” Benzema said. “It did not go well at first, then better, with ups and downs. I’m not the same player now as then I was younger.

“But, hey, no club makes me dream like Real Madrid. I always say I’m at the best club in the world, with the stadium, the fans, with a very demanding level of playing, with the best players in the world.

“Away from here, I don’t know where to go really. I do not look to leave for another team.

“This is the top. There are other clubs that give a lot of money to play with them, but I am not like that. I like football and here is the best.”

Benzema set a new career-high in the 2015-16 season with 24 league goals in just 27 matches – his best goals/match ratio ever. He has played for Los Blancos since making the move from Lyon in 2009 and has scored double-digit goals in each of his last six seasons.