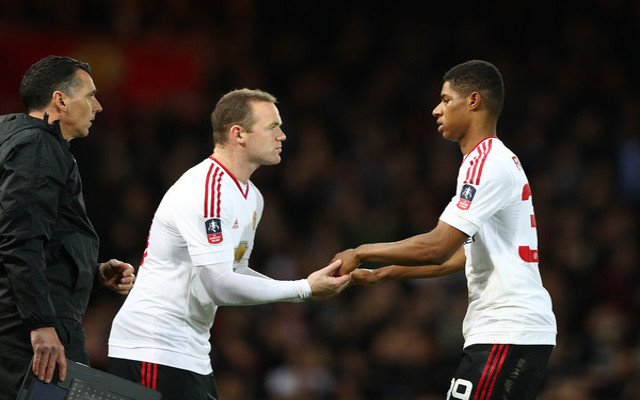 With Wayne Rooney‘s skills as a striker deteriorating as Marcus Rashford continues his rise to prominence, Roy Hodgson is being faced with some difficult though somewhat exciting opportunities to change things up at Euro 2016. Latest reports have the Three Lions boss offering Rashford a chance to break into the lineup during the summer tournament.

According to Sun Sport, rather than mark Rashford as the fifth forward behind Rooney, Harry Kane, Jamie Vardy and Daniel Sturridge, Hodgson plans to list Rashford as his fourth man with his captain being moved to midfield. This in turn would enable Rashford to be one of the first forward subs and potentially gain significant playing time in Euro 2016.

After playing Rooney as a forward in a recent friendly, there was speculation that the 31-year-old captain would be given back his old role up front despite evidence from this past season in the Premier League indicating that he probably can’t sustain such a role. At the tail end of the season, Rooney played primarily as a central midfielder with Rashford playing in front of him at times – to a measure of success.