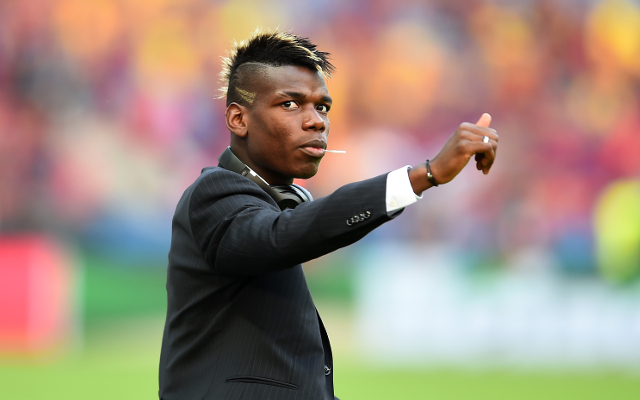 Juventus midfielder Paul Pogba has rubbished claims that he has purchased a property in Barcelona, which in turn led to rumours of a move to Spain this summer.

Despite a statement from the estate agency looking after Pogba’s investment, The Sun and several other media outlets reported on Tuesday that the French international had bought a home in Barcelona.

That resulted in widespread speculation that Pogba was set to join the Catalan giants this summer, but in a response to a fan on Facebook, he has confirmed that is simply not the case.

“You bought a house in Barcelona? Paul, don’t leave. You still have so many years with us,” the fan wrote, as seen below.

Pogba responded: “No house, it’s made up”.

It remains to be seen where the former Manchester United star’s future lies, although the more immediate signs suggest that he will not be leaving Turin any time soon.

Having helped the club secure a fifth consecutive Scudetto this past season, Pogba’s influence and maturity into a leading player in Europe continues to grow as he forms a central part of the Bianconeri’s plans.

A move elsewhere would arguably disrupt that progression, and with Juve competing for titles at home and abroad, and generally winning most competitions that they’re involved in, it would seem nonsensical for Pogba to leave this summer.

The situation may well change in the coming years if the Turin giants are unable to take that next step in the Champions League, and/or begin to slip in Serie A. However, for now, it appears as though Pogba is settled and will be focusing on helping France win Euro 2016 this summer rather than making alternative living arrangements.