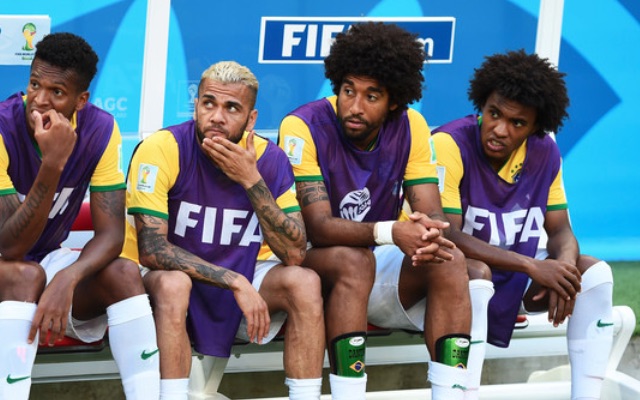 Chelsea star Willian seems to have been enjoying a post-season food binge.

Footage emerged of the Brazilian carrying a few extra pounds in Sunday’s friendly with Panama.

SEE MORE: Willian fat-shamed after Chelsea star bloats up due to suspected US food binge

It appears that resident joker Dani Alves has caught wind of Willian’s well-publicised weight gain. The Barcelona full-back aimed a cheeky dig at his international teammate in this Instagram post. 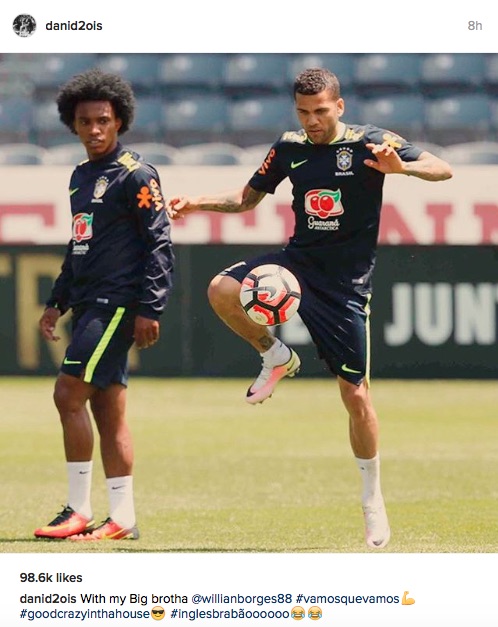 Calling Willian his “Big brotha” might seem innocuous, but why else would Alves use that phrase, with a capital B as well? He is older than Willian and a more senior member of Dunga’s Brazil squad.

It could only be a subtle fat joke from Alves. And it wasn’t lost on us!