An official UEFA ranking tool claims that, of all the players going to Euro 2016, just four are currently better than Liverpool and England midfielder James Milner.

UEFA’s rankings – which only include players from nations that qualified for the finals – are based on form for club and country from the start of this calendar year.

Milner, who was named in Roy Hodgson’s final 23-man Three Lions squad on Tuesday, is the highest-rated traditional midfielder, with the top four all being more attacking players.

Drinkwater will not be going to the Euros, after he and Andros Townsend failed to make the cut, but if UEFA’s robots had been in charge of selection it would have been a different story!

Milner is rated as the second-best Premier League player going to the Euros, behind Payet. Alli is no.3, with Leicester’s French enforcer N’Golo Kante fourth.

Arsenal are represented by yet another Frenchman, with Laurent Koscielny in at five, ahead of Kane and Spanish Chelsea playmaker Cesc Fabregas, who is no.7 from the Prem and 27th overall in the UEFA rankings.

UEFA rankings correct as of 12am on June 1. 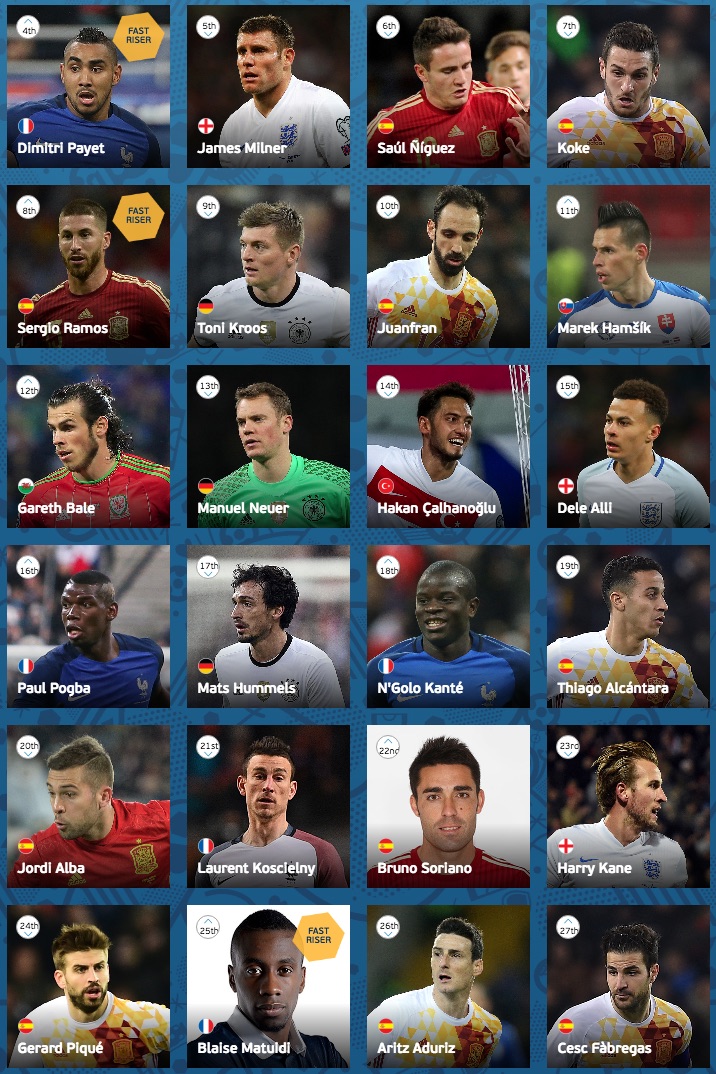 Koscielny is the first of three Arsenal players on the list, while Milner leads a quintet of Liverpool men. 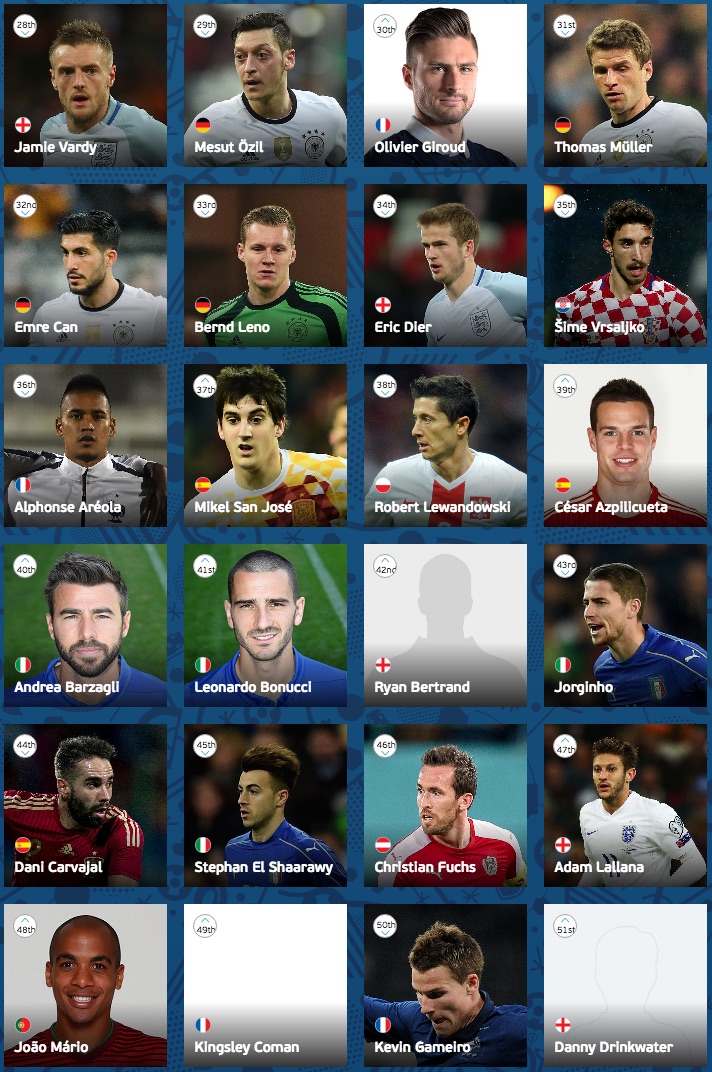 Bit disrespectful of UEFA not to have a picture of Drinkwater in their library! 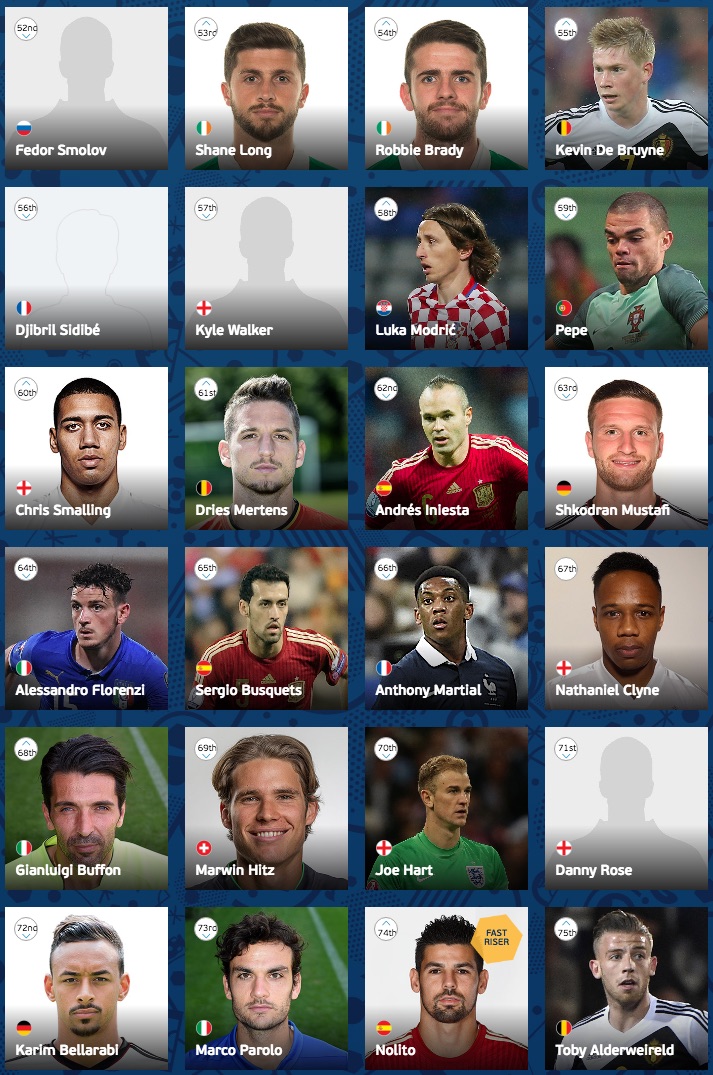 Belgium’s Toby Alderweireld is one of six Spurs players listed in the UEFA rankings. 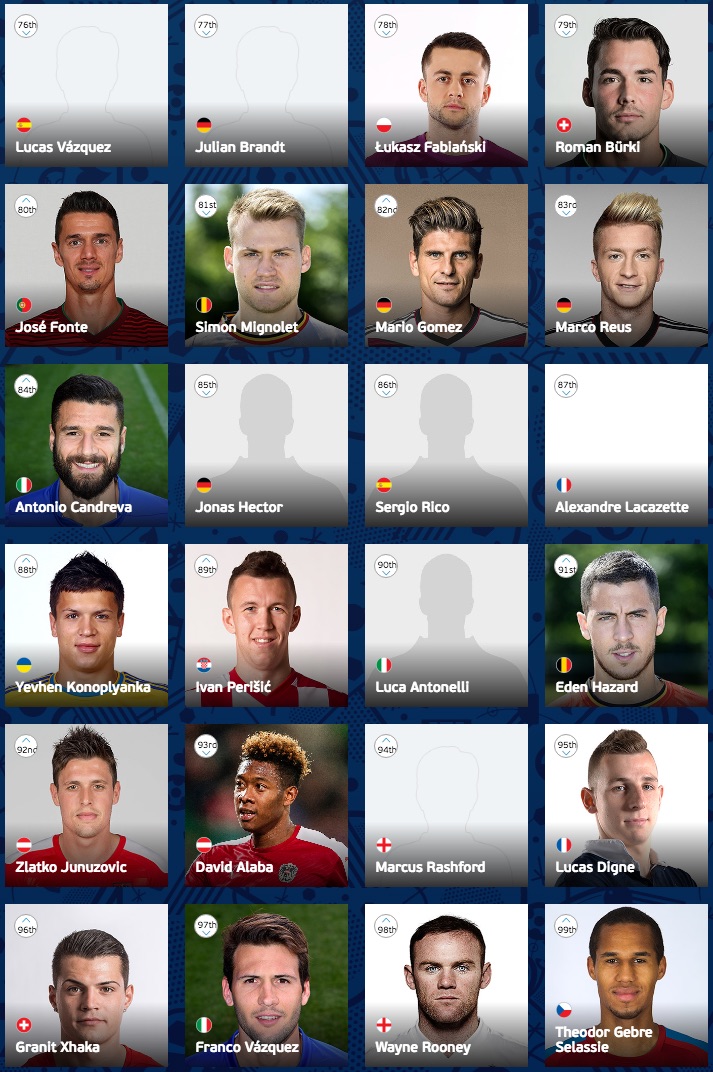 For those of you dying to know, Davide Astori is no.100!