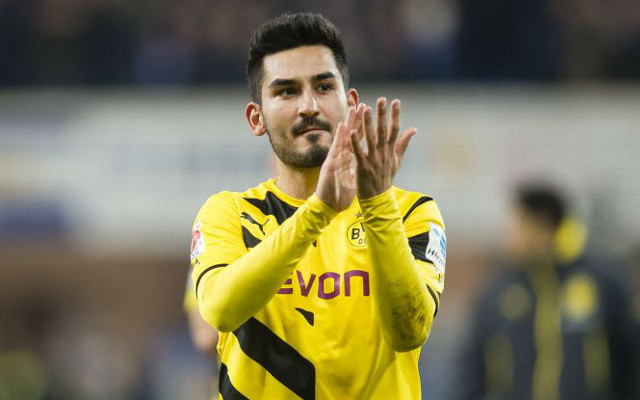 Borussia Dortmund fired a parting shot as Ilkay Gundogan and Manchester City after seeing their midfielder complete his transfer to the Etihad Stadium this morning.

Gundogan has signed a four-year deal with City and cost them around £20m, according to BBC Sport.

Dortmund must be getting sick of losing their star players. Captain Mats Hummels has recently left for Bayern Munich, following in the footsteps of Robert Lewandowski and Mario Gotze.

The Bundesliga club have learned to accept being raided by their famous German rivals, but apparently they draw the line at the team who “finished fourth in the Premier League last season”.

When announcing Gundogan’s departure on Facebook, the cheeky Dortmund social media team trolled the 25-year-old for joining what they believe to be a less prestigious club. 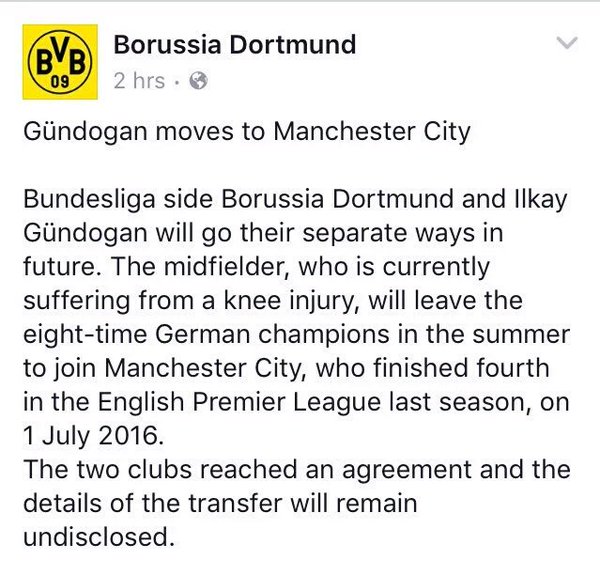 Credit to Dortmund, at least they have a sense of humour about it!