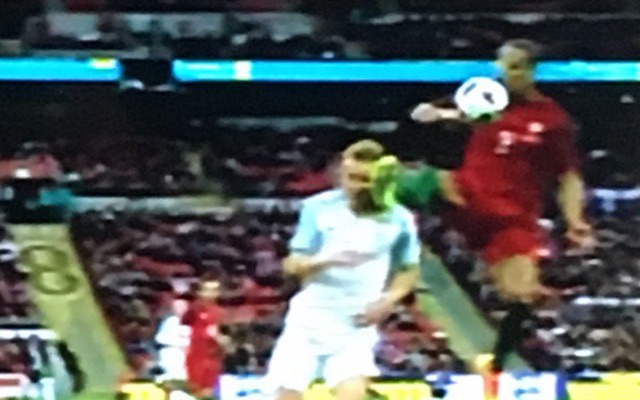 Portugal defender Bruno Alves has royally f*ucked up by getting sent off in the first half of tonight’s international friendly with England.

Alves was shown a straight red card in the 35th minute for kicking Harry Kane in the head.

The joke’s on the Fenerbahce centre-back though, because the Tottenham Hotspur striker is hard as nails and didn’t even flinch.

RED CARD! Bruno Alves sent off for some high karate on Harry Kane! #ENGvPOR Brought to you by @bet365 https://t.co/SuhQGjb5PU

England have been the much better side, but, despite starting with Wayne Rooney, Harry Kane and Jamie Vardy in attack, have failed to take one of their chances so far.