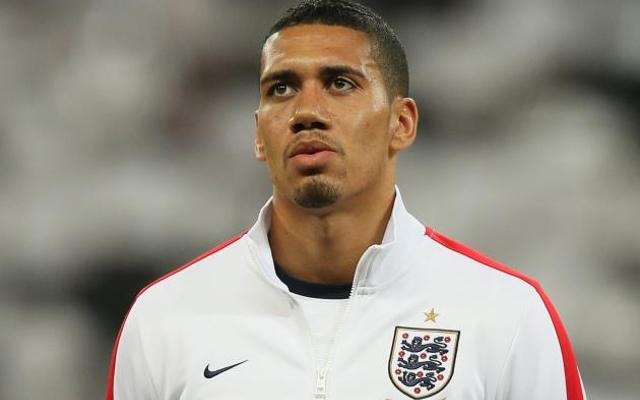 England picked up a 1-0 win over Portugal at Wembley on Thursday night, with Manchester United defender Chris Smalling securing the win for Roy Hodgson’s men.

The visitors were reduced to 10 men in the first half, with Bruno Alves receiving his marching orders for a dangerous high-footed foul on Harry Kane.

To Kane’s credit, he immediately got to his feet with the intention of playing on, but the referee deemed the foul serious enough to brandish the red card.

Despite their numerical advantage, England were unable to immediately make the most of it as the two sides went in level at the interval.

Roy Hogdson’s men continued to toil in their search for a breakthrough in the second half with the England boss making a whole host of changes to try and freshen up his side.

While certain individuals were able to make an impact off the bench, the home crowd were forced to wait until the 86th minute to see a goal, with Smalling heading home the winner to give his side a morale-boost ahead of the start of the European Championship.

Hodgson will now hope to avoid any late injury concerns over the next week ahead of opening their tournament against Russia in Marseille next Saturday night.