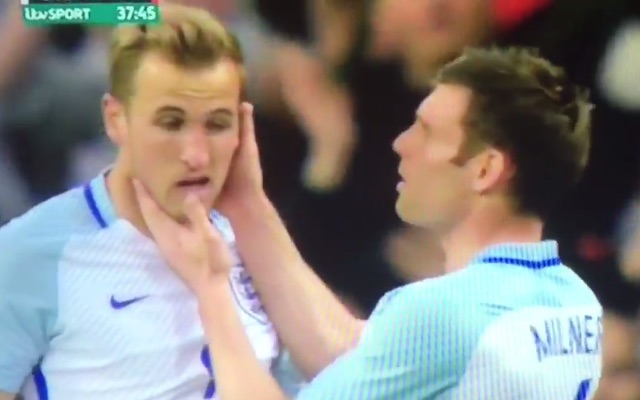 James Milner may or may not be the fifth best player in Europe. That’s open to debate.

But what is crystal clear is that Milner is a thoroughly nice chap.

After Harry Kane nearly had Portugal defender Bruno Alves take his head off with an extremely high-footed challenge, the caring Liverpool midfielder was straight over to Kane to check for any damage.

Alves was rightly given a straight red for the foul, with Kane admirably getting straight back to his feet and chasing the ball rather than demanding the referee’s attention.

Evidently concerned about whether or not Alves had left his mark on him, the Tottenham striker had Milner check his head for any cuts or bruises.

Milner’s face was a picture of concern. And, without being too soppy, it was genuinely nice to see.

If you have a head injury, there’s only one person you want to check you over – James Milner #ENGvPOR pic.twitter.com/trO7QLZEDH