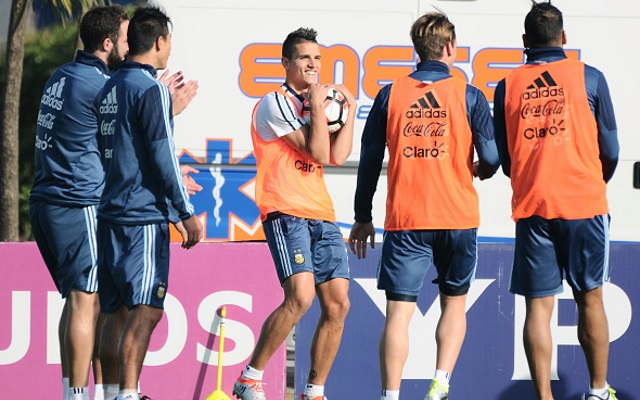 In a remarkable clip captured during an Argentina training session ahead of the Copa America, Erik Lamela has been shown pulling off an astonishing pass.

The Tottenham Hotspur star—who is coming off the back of a fine season at White Hart Lane—is filmed controlling the ball with a flick of his left foot before sending a side-footed pass a good 30 metres into a tiny goal set up on the side of the pitch.

It’s a clip that truly has to be seen to be believed, with the playmaker taking just a moment to look up at his target before hitting the superb pass.

Lamela could well be a key man for Argentina at this summer’s continental showpiece, where he will be expected to replicate his fine form at club level this season.

SEE MORE:
Tottenham transfer news
Footballers on Raya: Instagram babes use new app to hook-up with Prem stars, ‘half of Arsenal’ are on it with CRINGE photos

The former AS Roma star contributed nine assists and five goals for Spurs this season as they reached third place in the Premier League.