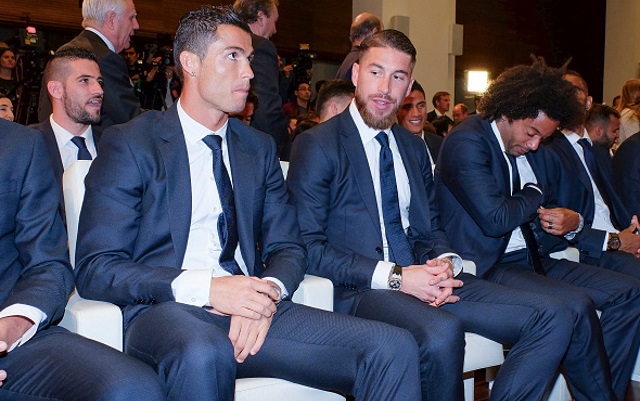 Sergio Ramos has revealed that Spain are targeting a historic trio of continental crowns at the European Championships this summer.

La Roja won the Euros in both 2008 and 2012, and Real Madrid‘s Ramos has confirmed that he and his teammates are eyeing an astonishing treble this summer.

“We are proud to be in this unique position and represent the national side,” the defender began, speaking at the launch of his brother’s RR Soccer Management Agency—as reported by AS, “and we will hopefully achieve something historic and follow up with the third Euro.”

However, Ramos admitted that it wouldn’t be easy for Spain to even escape the group, and that they would be approaching the tournament on a game-by-game basis.

“We must go step by step,” he added. “We start the first round with three very tough opponents.”

Indeed, Spain—who have been pitted against the Czech Republic, Turkey and Croatia in the opening round—will be aware of the dangers of complacency, particularly in light of their miserable campaign at the World Cup two years ago.

La Roja headed into the competition among the favourites—having won the title in South Africa four years previously—but were thumped by the Netherlands and were eliminated after subsequent matches against Chile and Australia.

SEE MORE:
Real Madrid transfer news
Footballers on Raya: Instagram babes use new app to hook-up with Prem stars, ‘half of Arsenal’ are on it with CRINGE photos

Ramos and co. will be desperate to avoid a similar fate this time around.