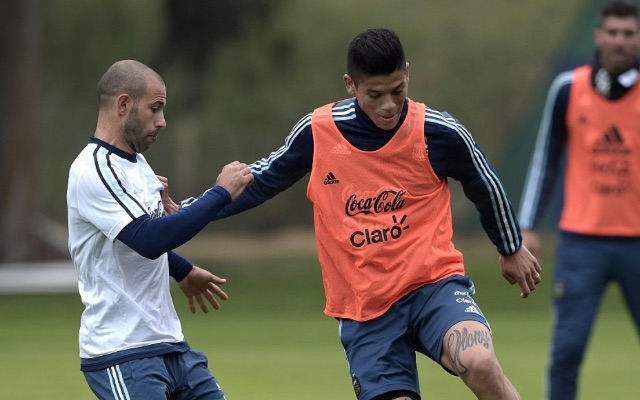 But Marcos Rojo and Javier Mascherano were not quite as good!

It is evident from these below videos, uploaded by Aguero to his official Instagram account, that the United and Barcelona players are defenders because they struggled to hit the target!

Rojo’s effort could not have been much worse. Mascherano’s first bowl obviously went a bit better as he was left with only one skittle, but he bottled it! Keep him away from any penalty shootout!

Thankfully for Argentina, Rojo and Mascherano’s shooting accuracy is not likely to be key to their chances of success when they begin their Copa America campaign against Chile next Tuesday.