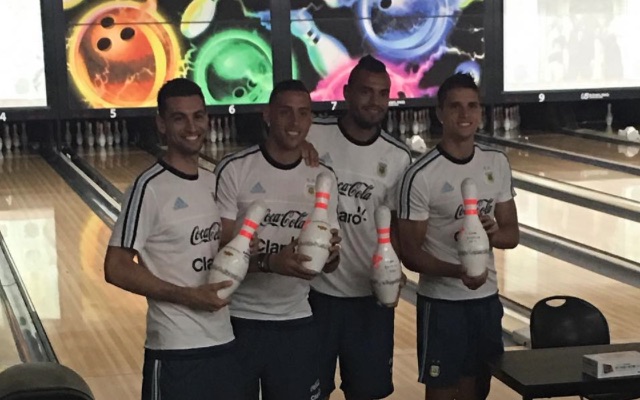 The Argentina squad took a break from preparing for Copa America to celebrate Sergio Aguero’s birthday.

With a big night on the town off the table on the eve of the tournament, the Manchester City striker took his pals tenpin bowling.

The winning quartet will hope to swap their skittles for the Copa America trophy at the end of June. Argentina begin their campaign with a tough game against defending champions Chile on Tuesday.