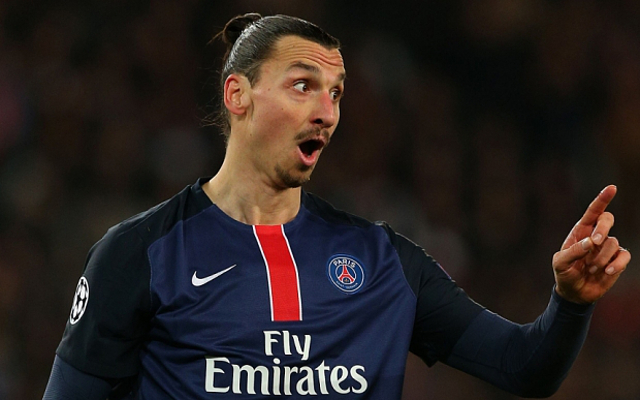 After weeks of playing coy with the media, Zlatan Ibrahimovic is on his way to the Theatre of Dreams.

According to The Guardian, Zlatan’s agent Mino Raiola has reached an agreement with Manchester United over the Swedish striker’s potential salary, with a deal coming only if and when Zlatan receives adequate assurances over playing time.

Per the source, Zlatan has been concerned that his playing time might be limited by the rise of youngsters Marcus Rashford and Anthony Martial, and wanted to hear from Mourinho himself that his role as the primary striker was secure.

The Guardian also confirmed that Tottenham Hotspur were one of several Premier League clubs that reached out to Zlatan over a possible move, and even had a concrete offer ready. But they were rejected outright as the Swedish striker was only interested in Manchester United.

The former PSG striker set career highs in scoring this past season and could very well sign on the dotted line for Man United before Sweden’s June 13 match against the Republic of Ireland to kick off their Euro 2016 campaign. He is believed to be seeking a bare minimum of £220,000-a-week to play for whatever club chooses to sign him, though rumours have the Red Devils allegedly offering as much as £400,000-a-week to secure the 34-year-old striker’s services.