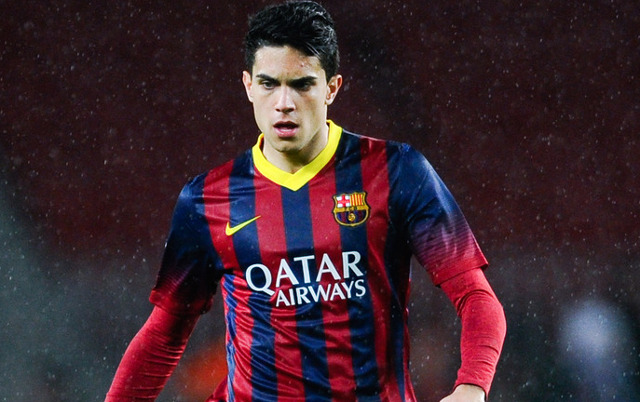 Dortmund have agreed to sign Barcelona defender Marc Bartra, activating his €8m release clause to push through the deal.

The centre-half made 26 appearances in all competitions last season, as he continued to play a role for the senior side having come through the club’s youth academy after joining them at just 12 years of age.

However, Bartra has failed to do enough for the club to put him in a more secure position to avoid losing him with the release clause in place, with Dortmund all set to now complete the deal.

“FC Barcelona wish Marc Bartra all the best in his new phase of his career as a player and he will be invited to say goodbye to the fans personally at the start of next season,” a statement on the La Liga champions’ website read.

Dortmund have confirmed that the 25-year-old will sign a four-year contract, as Thomas Tuchel continues what is turning out to be a busy summer in the transfer market.

The Bundesliga outfit have already signed Ousmane Dembele this summer, although they have been forced into buying given the exits of Mats Hummels and Ilkay Gundogan to Bayern Munich and Manchester City respectively.

Bartra had been tipped for a bright future with Barcelona, but he will now hope to get his career back moving in the right direction with a move to Germany as he will be expected to play a key role in the heart of Dortmund’s defence.

Naturally, given his history with the Catalan giants, it will come as a disappointment to be leaving, but joining Tuchel’s side is certainly a great opportunity for him.