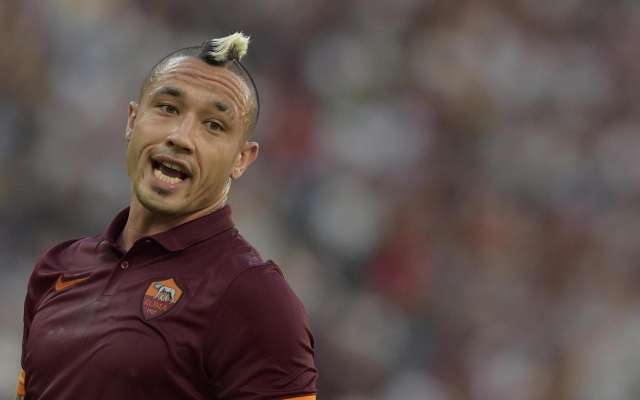 Roma midfielder Radja Nainggolan has insisted that it would be difficult for him to leave the club amid interest from Chelsea.

The Belgian international has long been admired by Antonio Conte, with the Italian tactician plotting his summer transfer moves for when he takes charge at Stamford Bridge following Euro 2016.

After establishing himself as a key player for the Giallorossi, Nainggolan has insisted that he is settled in the Italian capital, although there was a hint in his comments that suggested it would be difficult for him to turn down a move to England if there was progress in talks between the two clubs.

“I am very happy at Roma. They appreciate what I do for the club, everyone likes me as a player and a person, so that is very important to me,” he told Belgian magazine Nina.

“I lead a good life here and there is a nice balance between my football and my family life. It would be a very difficult choice to leave Italy after 11 years.

“They [Chelsea] want to strengthen and moreover you have a Coach like Conte who has always wanted to sign me. There has been contact between the two clubs, but as long as there is no agreement reached, I’ll stay well out of it.

“Chelsea are a great team and it’s good to be appreciated by them.”

Nainggolan’s combative nature coupled with his quality on the ball make him an ideal player for the Premier League, and he would fit the bill in terms of what Conte wants as he has a preference for deploying a midfield general in order to win the battle in that area of the pitch.

Whether or not Chelsea are able to meet Roma’s demands firstly, and then agree on personal terms with Nainggolan remains to be seen, but given the 28-year-old’s comments above, it sounds as though he’s happy with life in Rome and will continue to play an important role in Luciano Spalletti’s plans for the future unless told otherwise.