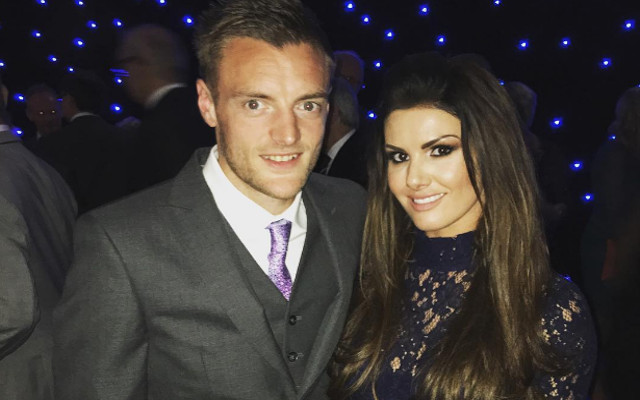 While Jamie Vardy may never have to pay for anything he buys at Leicester’s pubs ever again, his wife Rebekah may not get the same celebrity treatment serving as the bearer of bad news regarding his future with the club. But that didn’t stop her from fighting back against a wave of Twitter haters.

Taking to Twitter on the heels of recent rumours that Jamie would be making a £20 million transfer move to Arsenal, Rebekah Vardy fired back at abusive Leicester City fans who blamed her for influencing Jamie’s impending decision to leave the club. The 29-year-old striker was arguably the most important player on Leicester’s title-winning team this past year.

Listen LCFC fans don’t come at me with abuse! I have nothing whatsoever to do with calling the shots in my husband’s career! Its unfair ?

She also wasn’t afraid to give a piece of her mind to some fans who mocked her as a WAG.

Jamie Vardy finished the season as the league’s second-leading striker, with 24 goals in 36 games for the club, earning PFA Team of the Year and Premier League Player of the Year honours. According to a report by Sun Sport, Vardy is currently making only £80k-a-week for Leicester and is poised to get a massive pay-raise if he complete the move to North London.