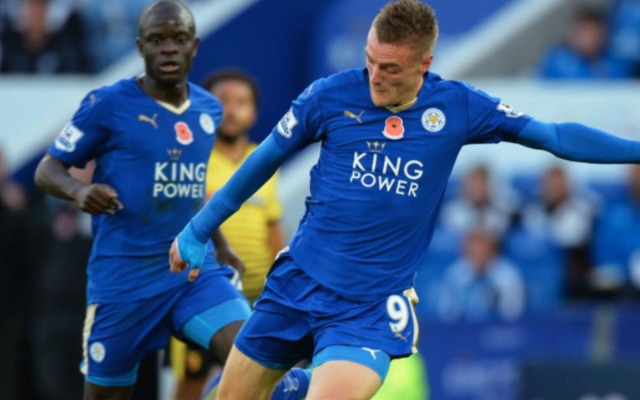 As if the prospect of losing Jamie Vardy to Arsenal wasn’t worrying enough for Leicester City, the actual financial gain they might receive for selling their superstar striker might be far less than what’s written on the price tag. Due to a clause stuck into the contract they signed with Fleetwood Town to acquire him in 2012, Leicester may receive just a fraction of the final sale price.

According to The Sun via HITC, Fleetwood would receive £6.8 million from the expected £20 million sale of Vardy to Arsenal – leaving Leicester with just £13.2 million from the sale of one of the Premier League’s top strikers.

Vardy finished second in the Premier League with 24 goals this past season. During the campaign he set a record with 11 consecutive games with a goal – breaking the mark held for years by Ruud van Nistelrooy. After winning the Premier League title for Leicester, he was named Premier League Player of the Season. Vardy also earned PFA Team of the Year honours along with a roster spot for England in Euro 2016.