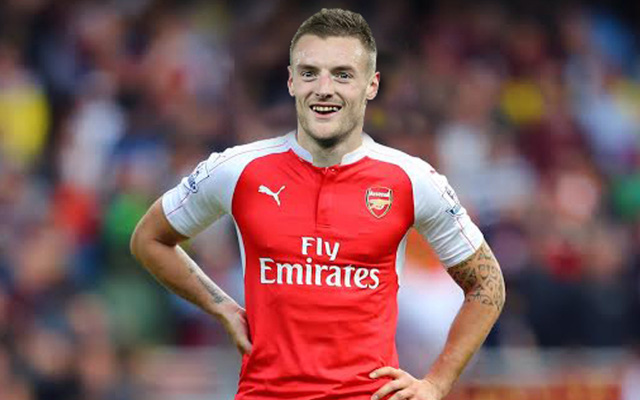 Is North London big enough to contain a Jamie Vardy party? It better be.

Leicester City have reached an agreement with Arsenal to sell star striker Jamie Vardy – now the only thing left is for the man himself to give Arsene Wenger the ‘thumbs up’ or ‘thumbs down.’

According to BBC Sport journalist David Ornstein, Vardy will give Arsenal his final decision on Monday morning before flying out to France with the Three Lions.

Vardy finished the 2015-16 Premier League season as the second-leading scorer with 24 goals. During his incredible campaign he set a league record for consecutive games with a goal – scoring in 11 straight in the first half of the season.

The transfer fee is expected to be in the area of £20 million.