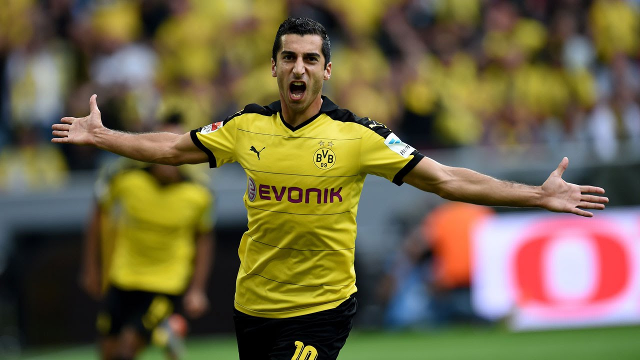 Arsenal are understood to be in pole position to sign Borussia Dortmund playmaker Henrikh Mkhitaryan, with Chelsea set to fall short.

According to The Sun, the player himself is keen on a move to the Emirates Stadium, while Arsene Wenger—who has also poached the Bundesliga for Borussia Monchengladbach’s Swiss international Granit Xhaka—is keen in adding Mkhitaryan to his increasing midfield options.

The tabloid suggest that the value of the transfer would be £20 million, and while the Gunners would be acquiring a player with several years of top level performance ahead of him, they may consider waiting for one more season before signing the Armenian.

With the 27-year-old entering the final year of his contract, the North London giants hold the negotiating power with BVB, and Wenger will be acutely aware that he would be able to snare the attacker for nothing should he wait until next summer.

Mkhitaryan scored 11 goals and contributed 15 assists last term as Dortmund were pipped to the German title by Bayern Munich.