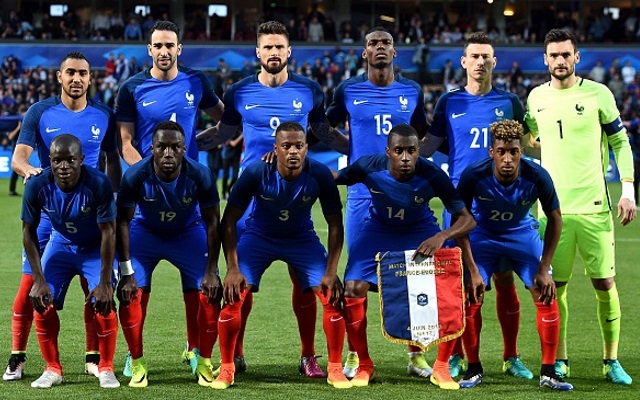 Sagna started for Les Bleus on Saturday evening as they hosted Scotland as Metz’s Stade Saint-Symphonien in a Euro 2016 warm-up match.

Didier Deschamps’ side were imperious, and killed off the contest inside the first half after a double from Arsenal striker Olivier Giroud and a third from his club teammate Laurent Koscielny took the match beyond the Scots, who haven’t qualified for the continental showpiece.

While much of the post-match attention focused on Giroud, who demonstrated that he can be an able replacement for Karim Benzema, Lizarazu—who won the World Cup and the European Championships with France—singled out Sagna for specific praise.

“Great match by Sagna,” the former left-back wrote on his @BixenteLizarazu handle.

“A surgical cross,” he added, referring to the Citizens defender’s fine assist.

33-year-old Sagna will head to the Euros as one of the elder statesmen in Deschamps’ squad, but should offer both defensive solidity and—as he demonstrated against Scotland—offensive menace this summer.

The veteran—who left Arsenal for City in 2014—has over half a century of caps for France, having been picked for the 2010 World Cup and the 2014 World Cup.