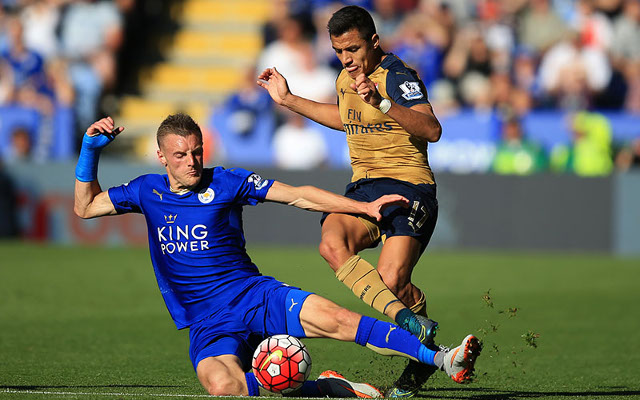 Jamie Vardy could very well be making a quick pitstop to sign a contract before heading off to France for Euro 2016 – but it may not be at Emirates Stadium. Leicester City are eager to convince their star striker to stay at the King Power and are willing to offer him more money to ensure he sticks around.

According to the Telegraph, Leicester City are expected to offer Vardy another new contract to approach the £100,000-a-week deal allegedly on the table from Arsenal. The Gunners have triggered Vardy’s £20 million release clause and have already requested that he undergo a medical prior to signing the deal – but nothing is set in stone yet. Per the report, Arsenal remain confident that Vardy will sign for them regardless of Leicester’s potential offer.

This past February, the Foxes gave Vardy a new contract paying him over £60,000-a-week through 2019. But after leading Leicester City to the Premier League title, Champions League and multiple individual accolades – it’s safe to say he has already outplayed the deal.

SEE MORE:
Video: Arsenal star reveals Jamie Vardy wants to join Gunners and welcomes competition
Lethal 27-goal hitman linked with Arsenal plans to keep his phone with him at all times…just in case
Arsenal racing ahead of Chelsea in hunt for exquisite £20m playmaker