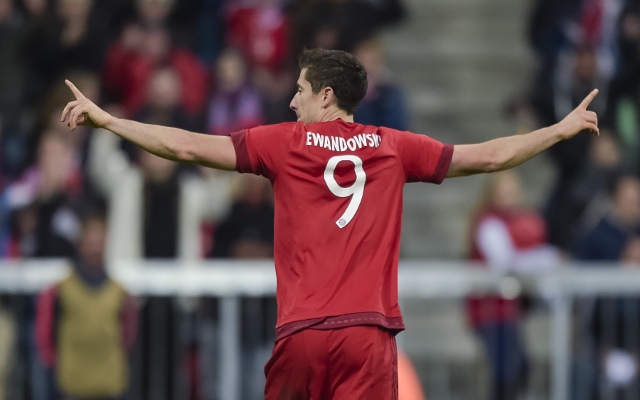 Bayern Munich have insisted that they will not entertain offers for striker Robert Lewandowski this summer amid interest from Real Madrid.

As noted by ESPN FC, the Polish international has been linked with a move to the Spanish capital this summer, with talks understood to be at an advanced stage.

However, Bayern have now dismissed all talk of a transfer by insisting that they have no intention of selling him with incoming boss Carlo Ancelotti likely to be adamant in keeping him at the club.

Lewandowski scored 30 goals in the Bundesliga last season, as Pep Guardiola’s men won another domestic double ahead of his departure for Manchester City.

With a change of coach, there could have been a possibility of changes in the squad, but it is clear that the Bavarian giants are keen to keep hold of their prolific striker.

“He still has three years on his contract here and we know that we have the best striker in the world in our squad.

“That is why there is no chance that he will be sold.”

Reschke went on to insist that the club have no intention of chasing Napoli striker Gonzalo Higuain, as they simply don’t envisage a situation where they need the Argentine forward to replace Lewandowski.

The pressure is certainly on Ancelotti next season though as he will be tasked with not only continuing Bayern’s domestic domination, but also ending their wait for another Champions League triumph.

In order to do that, he’ll want to have the likes of Lewandowski at his disposal rather than have to rebuild and replace, and the club evidently will hope to back him with that strategy despite the player perhaps being keen on a switch to the Bernabeu.