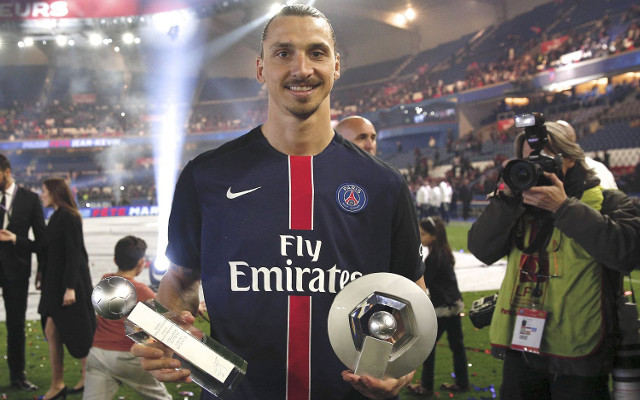 Hours after reports that Zlatan Ibrahimovic and his agent had agreed to terms on a deal for his free agent move to Manchester United, a respected sports writer has added more details

According to Tancredi Palmeri – a correspondent for beIN Sports, CNN and Gazzetta dello Sport – Zlatan has accepted a one-year deal from Man United with a club option for a second year. The deal will pay the 34-year-old Swedish scoring machine €17 million, or approximately €447,000-a-week.

Ibrahimovic has signed for Manchester United

Ibrahimovic has accepted the 1 year contract. No automatic options will trigger the 2nd. But Manchester United has option for 2nd year

Ibrahimovic wages should be approximately 17m€

Zlatan scored 38 Ligue 1 goals and 50 total goals for Paris Saint-Germain this past season – both career highs as PSG won the Ligue 1 title and both domestic cup titles.

The contract will immediately make Zlatan one of the highest paid players in the history of football.

Man United will not be in the Champions League this coming year, but secured a spot in the Europa League.