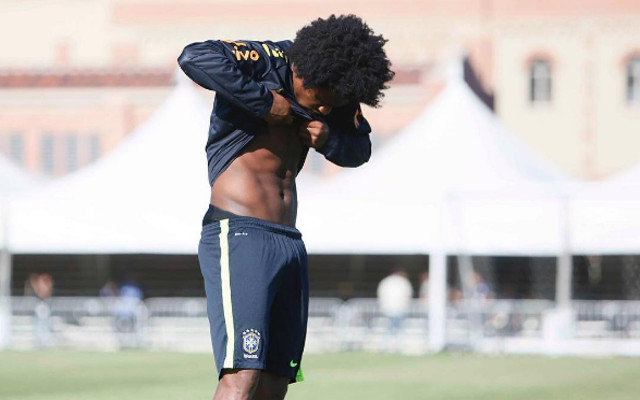 After days of social media abuse over recent footage of him looking considerably overweight (including a little from his friend Dani Alves), Chelsea star Willian struck back with a genius Instagram post, showing that he’s been spending far more time in the gym than the McDonalds drive-thru line.

During a training session with Brazil for the Copa America Centenario, Willian posted this image of a solid set of six-pack abs with the simple tagline: “training”

Willian was one of the Premier League’s best set-piece scorers this past year and finished the season with 11 goals and seven assists across 50 appearances – with five goals in the Champions League.

The 27-year-old was banged up on Saturday against Ecuador but should be good to go in the rest of the tournament.