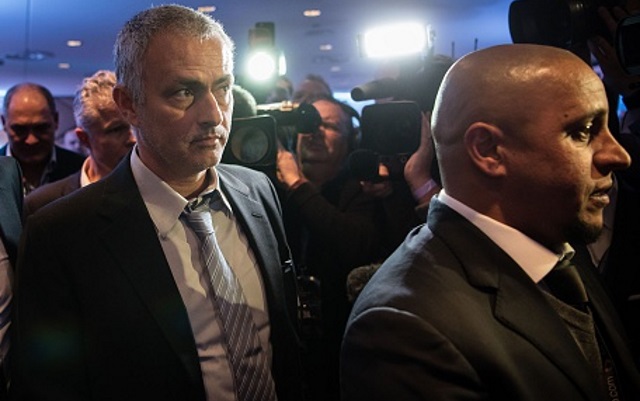 The Selecao attacker may have missed out on the Brazilian squad for the ongoing Copa America, but there’s little doubt that the 24-year-old has grown significantly in stature this season.

Neymar shone as one third of Barca’s MSN strikeforce alongside Lionel Messi and Luis Suarez, scoring 24 goals in 34 appearances for the Catalan giants as they romped to the Spanish title.

The former Santos man also contributed 12 assists, and while he may remain in the shadow of his illustrious teammates for the time being, ex-Merengues star his little doubt that Neymar will one day claim the title of the world’s finest.

“He must keep doing what he’s doing,” the 43-year-old told the media—as reported by Goal Spain—in light of the Corazon Classic Match at the Bernabeu this weekend—“and he’ll be the best someday.”

Neymar learned his trade at Santos before making his debut in 2009 and establishing himself over the subsequent four years, before moving to Europe a season before starring for Brazil at the 2014 World Cup on home soil.

When he initially arrived in Catalonia, there were questions about whether Neymar would be able to successfully make the transition to Europe and if he could translate all of his trickery and technique into a consistent output.

Having answered those critics, it’s tantalising to imagine just how he could develop over the coming seasons.