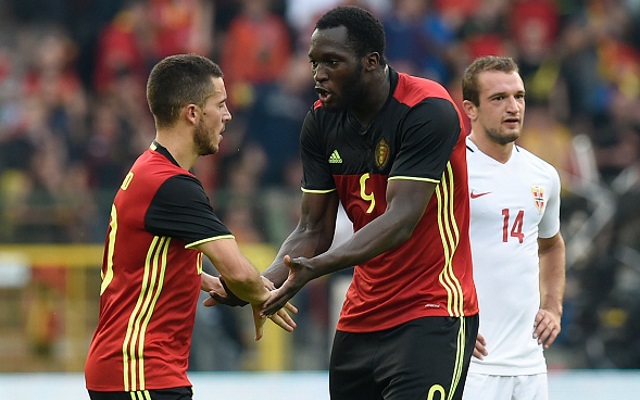 Eden Hazard stole the show as Belgium came from a goal down to see off Norway in a dramatic pre-Euro 2016 friendly on Sunday evening.

Les Diables Rouges are among the favourites for this summer’s European Championships in France, but their preparation has been affected by the loss of talismanic captain Vincent Kompany.

Similarly, despite their awesome array of talented superstars, Belgium failed to shine at the 2014 World Cup, while they are yet to truly impress against a major nation.

Their defensive failings were exposed on Sunday, as Norway tore into a 2-1 lead after goals from Bournemouth forward Joshua King and Veton Berisha cancelled out Romelu Lukaku’s opener.

Belgium appeared to be heading towards a potentially morale-shattering defeat, before Hazard stepped up after the break.

The captain levelled the contest with a fine header in the 70th minute, before Montreal Impact’s Laurent Ciman bagged a winner only three minutes later.

While the comeback did little to hide the team’s defensive failings, the spirited second-half comeback might do wonders for the team’s morale ahead of their European Championship opener against Italy at the Stade de France on Monday June 30.