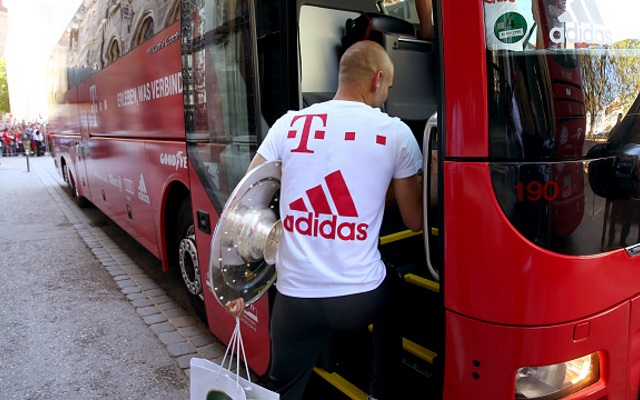 Incoming Manchester City coach Pep Guardiola is understood to have made secret visits to the Etihad Stadium ahead of his official unveiling at the club.

According to Goal, the Spanish manager already arrived at the club as long ago as the end of May—accompanied by two members of his backroom staff—despite not officially starting his tenure at the club until the beginning of July.

Goal, describing these trips as ‘secret visits, reveal that the outgoing Bayern Munich manager has already visited the club’s academy, and has met with some of the Sky Blues’ senior figures.

Speaking to the club’s official website, City’s chairman Khaldoon Al Mubarak has admitted that he was “disappointed” with the squad’s performance last term, but appears to be confident that the former Barcelona manager is the right man to turn things around.

“I consider Pep to be one of the best, if not the best, managers today in football,” he added. “We are getting a manager that epitomises, in my view, passion and commitment. He’s a winner, he’s a proven winner, he has won professionally in every team he has coached.

However, while Al Mubarak is clearly confident that Guardiola can bring ultimate success to the Etihad Stadium, he will surely be aware that the former central midfielder left question marks behind him in Munich.

Despite enjoying considerable domestic success with the Bavarian giants, Guardiola never managed to take the Bundesliga giants to the final of the Champions League, despite inheriting a side that had just won the title under Jupp Heynckes.