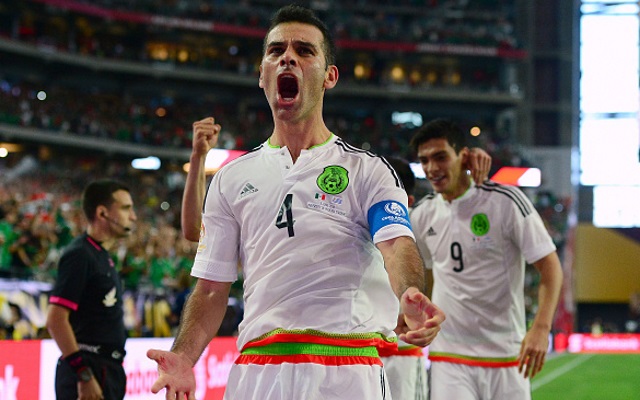 Mexico got their Copa America campaign off to a convincing start as they beat Uruguay 3-1 in a tempestuous contest at the University of Phoenix Stadium.

Alvaro Pereira scored an own goal—the fastest in the competition’s history—in the fourth minute when he headed Andres Guardado’s cross past Fernando Muslera under pressure from Hector Herrera.

Mexico dominated the rest of the first half, enjoying the majority of the ball and the chances, and could have extended their lead when Javier Aquino sent a vicious effort right at Muslera in the 22nd minute. 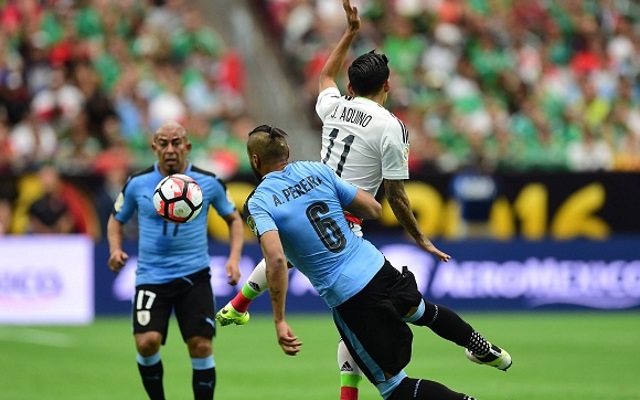 Uruguay, by contrast, appeared shorn of ideas, and appeared to be lacking their star man—Luis Suarez—who sat out due to injury.

Mexico’s advantage was extended when Uruguay midfielder Matias Vecino was dismissed moments before the break, but a red card for the impressive Guardado soon afterwards levelled the two teams.

The South Americans soon equalled the scorelines as well when Diego Godin of Atletico Madrid equalised moments after the wideman’s sending off.

While Uruguay may have settled for a draw considering Mexico’s early advantage and their first-half dominance, it was the Central Americans who took the tie at the death.

Uruguay pushed forward in search of an equaliser, but it was Mexico who killed off the contest when Herrera added a third at the death.

The win takes Mexico to the top of Group C, ahead of Venezuela—who beat Jamaica 1-0—on goal difference.

Uruguay have their work cut out to reach the next round, and will be desperate of a victory when they meet Venezuela in Philadelphia on Thursday evening.