Arsenal star Mesut Ozil confirmed himself as the Premier League’s assist king last season with 19 – six more than any other player in the division.

And the German creative force has adopted this moniker in other aspects of his life away from football, as his cheeky latest Instagram upload proves.

The 27-year-old was enjoying a day off with his young niece ahead of Euro 2016. Check out Ozil’s blatant pun in the caption. He just loves assisting! 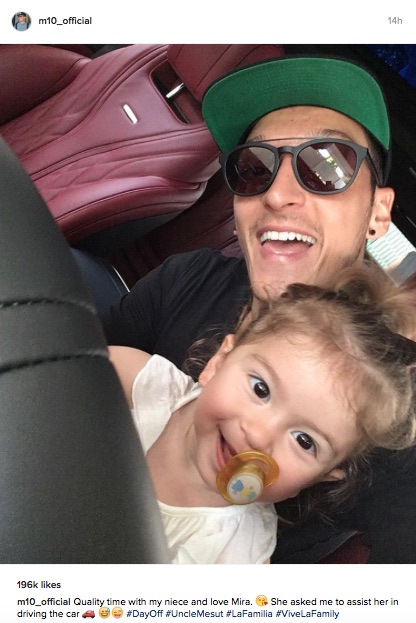 Ozil will hope to assist Germany to Euro 2016 glory this summer. The world champions begin their Group C campaign against Ukraine on Sunday June 12th.

SEE MORE:
Vardy to Arsenal: Decision will be made within hours
£12m Arsenal defender could move to Liverpool after losing starting job
Arsenal racing ahead of Chelsea in hunt for exquisite £20m playmaker