Liverpool are poised to complete the signing of Napoli frontman Gonzalo Higuain.

According to beIN Sports, the Reds will tie up the signing of the Argentine frontman imminently, although it remains to be seen whether the Anfield giants will be able to pull through a move for the forward while he is on international duty in the United States.

Higuain was named in the Argentina squad that is currently participating at the Copa America, with the Albiceleste kicking off their campaign against rivals Chile at Levi’s Stadium on Friday evening. 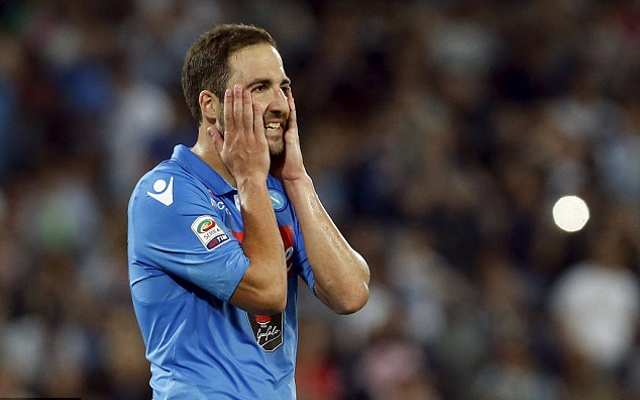 Should the Merseysiders complete a deal for the Napoli frontman—who broke the long-standing record for goals scored in a single Serie A season this term—it would represent a major coup for Jurgen Klopp’s side.

The French-born frontman—nicknamed Pipita—is still only 28, and likely has several years of top-level performance ahead of him, having bagged an astonishing 36 goals this term.

He began his career at River Plate, before spending six years at Real Madrid—winning three Spanish titles in the process—and moving on to Napoli in 2013.