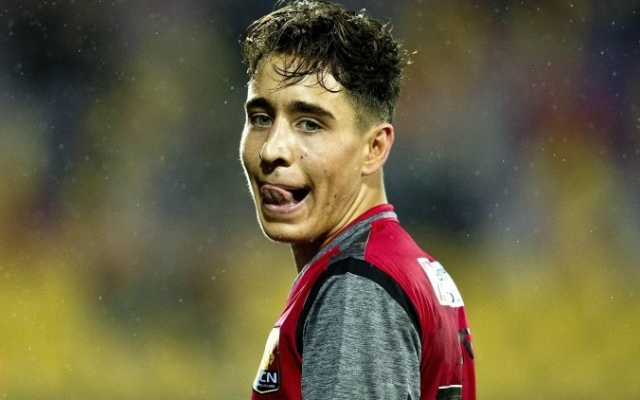 Liverpool boss Jurgen Klopp has been left disappointed again thanks to his former club Dortmund, who have pipped him to one of his transfer targets.

The Bundesliga giants have confirmed the signing of Emre Mor from FC Nordsjaelland with Sky Sport Italia expert Gianluca Di Marzio reporting that it is a deal worth €16m.

Furthermore, the club have added that the teenager has signed a five-year deal which will now run until June 2021.

As noted by the Italian reporter, Liverpool had tried to steal a march on Dortmund and sign the 18-year-old, but ultimately, the Premier League outfit failed as he will now look forward to joining up with his new teammates in Germany ahead of next season.

Mor made 13 league appearances last season scoring two goals and providing two assists, and saw his form rewarded with a call-up from Fatih Terim for his Euro 2016 Turkey squad.

His decision to join Dortmund will be another blow for Klopp, as The Independent reported last month on how the German tactician missed out on Ousmane Dembele to the German outfit.

Those setbacks will certainly be a disappointment for the 48-year-old, but it’s unlikely that it will put him off from further strengthening his squad at Anfield as he looks to add to the signings of Joel Matip, Marko Grujic and Loris Karius in the coming months.