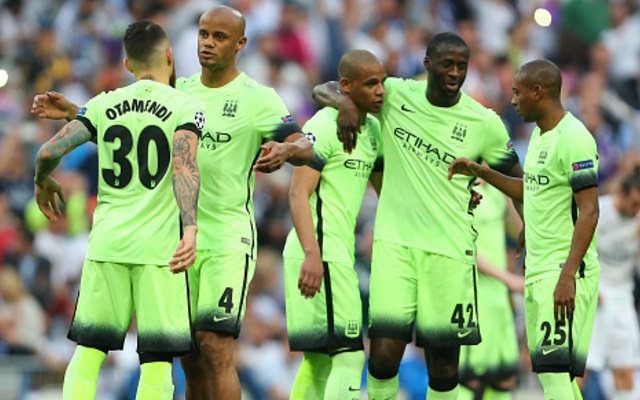 Manchester City chief Khaldoon Al Mubarak has insisted that incoming coach Pep Guardiola will be given full license to transform the club’s squad this summer.

The chairman has dropped a major hint that there will be much transfer business at the Etihad Stadium this season, although unfortunately for some of the club’s underperforming stars, Al Mubarak has suggested that there will be considerable outgoings.

The club boss has confirmed—in a revealing interview on the club website—that Guardiola will be backed to “transform the team to a whole new level.”

Proceeding, the chairman has confirmed that there will be no restrictions on who the manager can bring into the club.

“There will also be some players that the time is right for them to move on,” he added. “I think we will have some changes this summer.

“We will invest as we have always done in this club, in this team, and we will provide the necessary resources for Pep to build a team that has the ambition and the capability to go and win back this Premier League for us, to go as far as we can and try and win the Champions League and keep pushing at the cups.”

Al Mubarak’s comments suggest that some of the club’s stalwarts ought to be fearful for their futures.

The likes of Yaya Toure and Pablo Zabaleta have arguably underperformed this season and, as high-earners over the age of 30, it would surprise few if they were axed.

Similarly, it remains to be seen whether the likes of Aleksandar Kolarov, Martin Demichelis, Willy Caballero, Samir Nasri and Fernando will still have roles to play under the new coach. Similarly, veteran full-backs Bacary Sagna and Gael Clichy, as well as struggling frontman Wilfried Bony, could all be fearful for their futures.