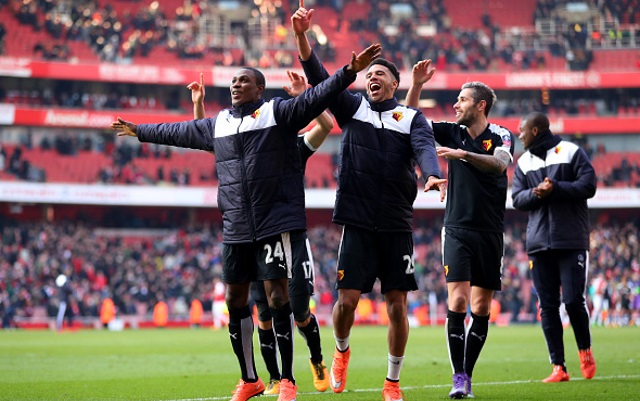 Watford frontman Odion Ighalo has dropped a major hint that he may be about to make a high-profile announcement about his future.

Writing on his personal Facebook account, the Nigerian frontman confirmed that he was planning a “major announcement soon”, prompting speculation that he’s about to reveal his next destination.

The Super Eagles attacker shone in the Championship last term—scoring 20 goals as the Hornets reached the top flight and outscoring both Lionel Messi and Cristiano Ronaldo at one point during the campaign.

This term, he hit the ground running and his goals were largely responsible for the Hertfordshire outfit’s comfortable return to the Premier League.

He bagged 15 goals and contributed three assists in 37 appearances this term—prompting interest from the likes of Arsenal, Manchester United and West Ham United—although his potential suitors may be dissuaded by the forward’s miserable recent barren run, with the forward scoring just one league goal since the beginning of February.