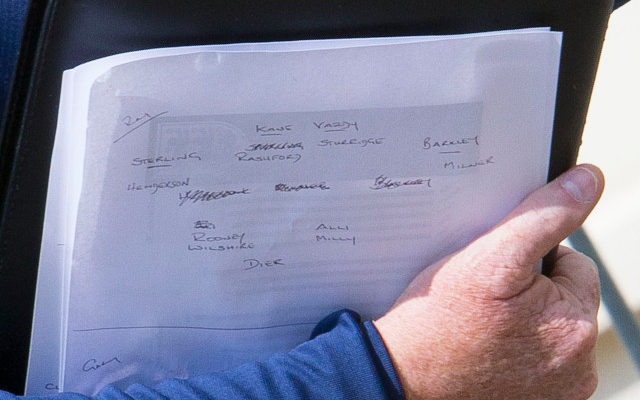 On his return to the team hotel, the England assistant left a key piece of paper out of his folder which showed a number of names lined up in a formation that Roy Hodgson will likely use for their opening Euro 2016 game against Russia on Saturday, as reported by The Sun.

While it appears as though Harry Kane and Jamie Vardy will be deployed in a two-man attack, Wayne Rooney could be set to drop back into a deeper midfield role alongside Dele Alli, with Eric Dier acting as the holding midfielder to protect the defence.

Raheem Sterling and Ross Barkley could be preferred out wide, while various names were also included on the piece of paper as second options in different positions.

Although it isn’t the end of the world given that Russia will likely have prepared for various different systems and personnel, it’s far from ideal that Lewington has shown the rest of Europe what England’s general train of thoughts are.

Nevertheless, they will now continue to put the finishing touches to their preparations ahead of their tournament bow, with Hodgson hoping to avoid any further injury setbacks in the coming days in order to have a full squad at his disposal to have the ability of being flexible and changing certain individuals or formations if needed.