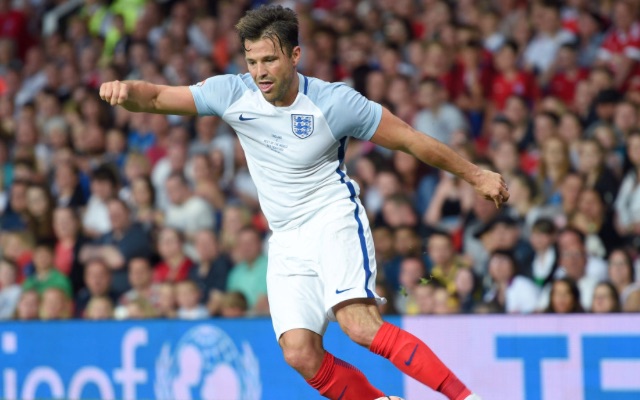 Jose Mourinho has reportedly invited reality TV star Mark Wright to train with Manchester United this summer after being impressed with him during Sunday’s Soccer Aid.

Wright scored a stunning 30-yard free-kick and was named man of the match as an English team of ex-pros and celebrities beat their Rest of the World counterparts 3-2 at Old Trafford.

Mourinho was in the stands at his new home ground, and The Sun journalist Dan Wootton claims that the Special One has offered the former TOWIE personality a two-week trial with United in July.

But Wootton also understands that Sam Allardyce, who managed England in the annual charity match, has contacted Mark’s football agent dad and made a “serious offer” to take Wright to Sunderland.

Although the 29-year-old does have some footballing pedigree – he was on the books of Arsenal and Tottenham Hotspur as a kid – this would be the most bizarre transfer story of the summer.

Wright, married to gorgeous actress Michelle Keegan, has upcoming TV commitments but a source told The Sun that he would give them up to finally fulfil his footballing dreams.

The source said: “Mark has always fancied himself as a decent footballer. But he didn’t expect this amount of interest after Soccer Aid.

“Jose came up to him after the game and asked him if he was free to head up to United’s training ground to see how he gets on among some professionals.

“Mark is now making sure he can fit it into his schedule but he is very keen.

“Sam rang on Tuesday with a similar offer.

“Mark is taking it in his stride but has told friends that if something serious does come of it he would drop the TV work in a heartbeat.

“He may be 29, which is old in football terms, but he would love a couple of years playing for a living.”

In other news, I scored a hat-trick at five-a-side on Monday and am expecting Pep Guardiola to be in touch shortly.