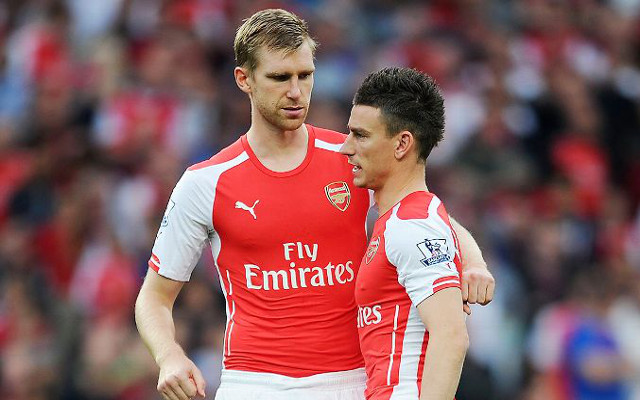 As if Jamie Vardy’s fence-riding the last few days wasn’t aggravating enough for Arsenal fans, now it seems Per Mertesacker is reconsidering his own football future at the Emirates as he pondered a potential return to his former Bundesliga outfit.

According to the Metro, the Arsenal centre-back recently “opened the door” for a potential return to Hannover 96, where he played from his academy days until a 2006 move to Werder Bremen.

‘It might be interesting for me to give something back to Hannover 96 because that was where it all began [for me],’ Mertesacker said.

The 31-year-old defender beat out highly-touted defender Gabriel Paulista to maintain his starting centre-back role this past year and was praised by manager Arsene Wenger for his leadership. Together with Laurent Koscielny, Nacho Monreal and Hector Bellerin, the Arsenal back line put together the third-best scoring defence in the Premier League en route to a second-place finish.

It is unlikely that Mertesacker would leave unless the team had already picked out his replacement or promised more playing time to one of the club’s younger prospects, but an open door is still an open door.

The former Germany defender has since been tipped as a possible permanent captain of the Arsenal squad in place of departed midfielder Mikel Arteta.