You’ve heard of Ashley Young. Now we’d like to introduce you to Ashley Old.

The Manchester United winger considers himself a bit of a comedian. Teammate Luke Shaw told the Daily Mail in April 2015 that Young was the dressing-room joker at Old Trafford.

And the 30-times capped England international played up to that reputation with his latest Instagram post – a selfie edited to make him look like a pensioner, with a pun-tastic caption! 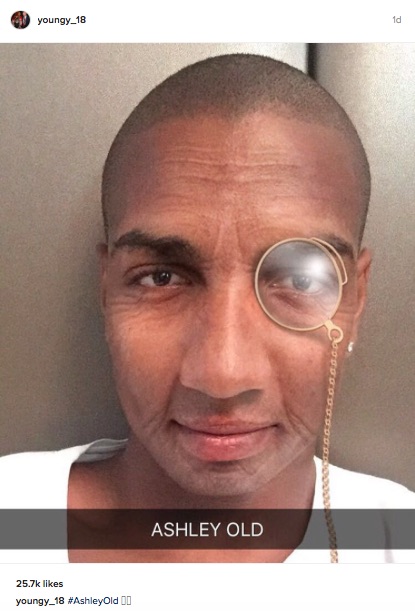 He ages quite well. Not sure about the monocle though!

Young is not quite Ashley Old yet, maybe Ashley Getting On A Bit. The 30-year-old has been at United for half a decade now and will hope to stay in new manager Jose Mourinho’s plans.