Luke Shaw’s latest Instagram post is a clear message to Manchester United fans that he is confident that he will be ready for the start of next season.

The 20-year-old defender broke his leg in a Champions League defeat to PSV Eindhoven in September and has not played for club or country since.

He would have been a certainty in Roy Hodgson’s England squad for Euro 2016, but Shaw is instead spending his summer continuing his rehabilitation.

While it will be a frustrating time for Shaw, the caption to the below picture on Instagram seems to be a promise that he will be raring to go for 2016-17. 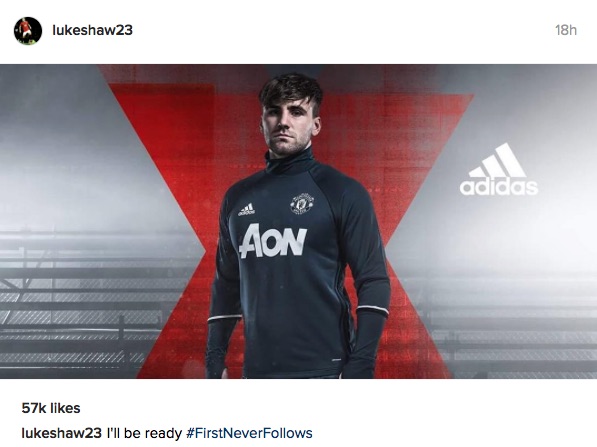 Shaw returned to light training with the Red Devils in April, but was not included in any of Louis van Gaal’s matchday squads before the end of the season.

Since the last time that he played, United have won the FA Cup, Van Gaal has been sacked and Jose Mourinho has been appointed manager at Old Trafford.