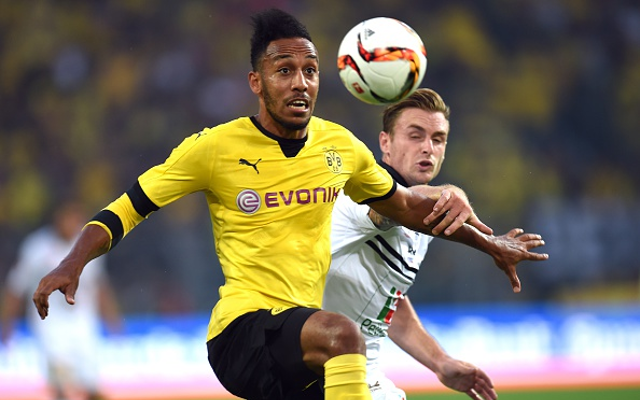 Pierre-Emerick Aubameyang’s English is rather weak, and understandably so considering he has played the bulk of his career in France and Germany. So it’s either a hobby or a sign when he’s trying to improve his English skills as quickly as he’s currently attempting to improve it.

He has been linked with numerous Premier League clubs, but Manchester City and Man United were both recently linked with huge moves for the 26-year-old striker, which makes the timing of his latest attempt to master English rather noteworthy.

In a Youtube video with Meet A Star, the Borussia Dortmund scoring machine spent several minutes practicing some English slang and show off some of his skill with the language.

Man City denied the rumours today after they were reportedly close to a deal, but that doesn’t mean a move isn’t still in the works.

Aubameyang finished second in Bundesliga in scoring with a career-high 25 league goals and 39 total goals. He is being tipped for a record-shattering transfer fee should he make the move from Dortmund