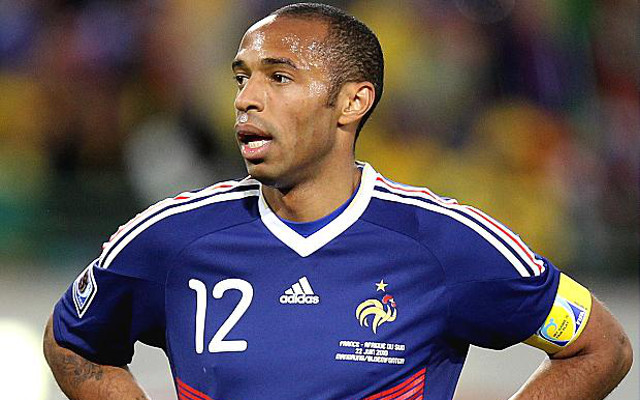 Thierry Henry is feeling confident about his home country’s chances at Euro 2016 and has drawn comparisons between this year’s roster and some of the great teams he has been a part of.

In an interview with 5Live [per Squawka CCO Amar Singh], the France and Arsenal legend praised the cohesion of the team and said it was reminiscent of the team’s 2006 World Cup team. During that fateful tournament, France finished as the runner-ups behind Italy but Zinedine Zidane was named the Player of the Tournament.

Thierry Henry on 5Live: “We have not had a team like this in terms of cohesion since we reached the World Cup final in 2006.” #Euro2016

Henry on 5Live: “I have to say that I love that France midfield. Pogba, Kante and Matuidi can run for fun.” #EURO2016 #FRA

Whether or not France can match the overwhelming success from 1998 to 2003 remains to be seen. During that five year span Les Bleus won the 1998 FIFA World Cup, Euro 2000 and back-to-back FIFA Confederations Cup titles.