Fernando Torres will play no part at Euro 2016 after failing to make the Spain squad, and in turn, he’s treated himself to a trip to the Maldives.

The Atletico Madrid star ended last season with 12 goals and five assists in 44 appearances in all competitions for Diego Simeone’s men, a marked improvement on his previous campaigns with the likes of Chelsea and AC Milan.

However, it wasn’t enough to convince Vicente Del Bosque to take him to France, with the Spain coach opting to select the likes of Alvaro Morata and Aritz Aduriz instead.

As a result, Torres has been given the chance to make alternative plans to start the summer. CaughtOffside has obtained these exclusive pictures of his trip to the Maldives with his partner. 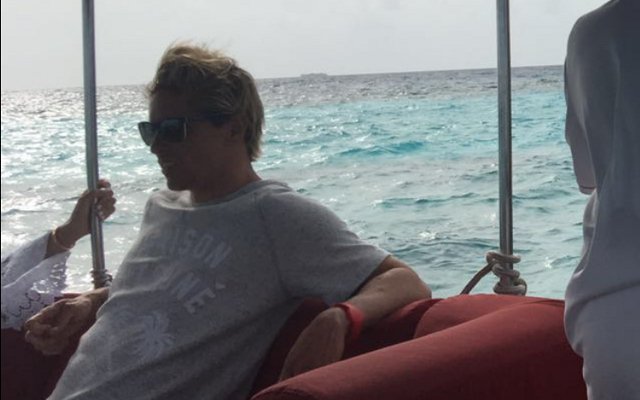 It’s unclear as to whether or not the former Liverpool man will be in France to watch his international teammates later this month or if he has plans to return to Spain, but he’s evidently enjoying his time away from football after a tough season with Atleti.

It’s likely that he will now extend his stay in the Spanish capital, but having bagged 38 goals in 110 caps for La Roja, he’ll certainly be disappointed not to be a part of their plans this time round as they look to defend their European crown.

Torres scored the winning goal in the 2008 final against Germany, and was on the mark four years ago in Kiev too as Spain strolled to a convincing 4-0 win over Italy.