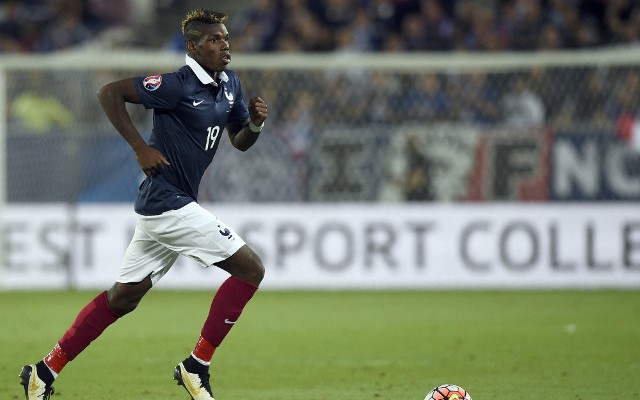 France take on Romania in Paris on Friday night with the hosts hoping to start Euro 2016 in positive fashion by claiming all three points.

The Group A encounter sees one of the tournament favourites in action, with Les Bleus tipped by many to use the pressure of being hosts to their advantage, just as they did at the 1984 European Championship and the 1998 World Cup.

Led by coach Didier Deschamps who has now been at the helm for a considerable amount of time, the current French squad is full of talented players including the likes of Paul Pogba, Anthony Martial and Antoine Griezmann.

In turn, it’s no surprise to see them installed as tournament favourites, but there’s a long way to go before they are able to celebrate.

France are unbeaten in their last 10 games against Romania, picking up five wins and draws apiece, with the visitors having to look back to 1972 for their last victory over the upcoming opposition.

Further, the two sides have met in the European Championship on two previous occasions, with the French picking up a slender 1-0 win in 1996, before they played out a goalless draw in 2008.

However, it’s worth noting that France have looked good in their recent outings, winning four consecutive friendlies and scoring 13 goals in the process, and that is a trend that should continue in this tournament given the options Deschamps has at his disposal.

In contrast, Romania picked up their first win in four in their last pre-tournament friendly against Georgia, and so the momentum and form certainly seems to be with the hosts, although Anghel Iordandescu will hope to see a stubborn defensive performance from his team to frustrate their rivals and stay in the game to cause an unlikely upset.

Prediction: France 3-0 Romania. With a star cast of attacking options, France should be able to break down their rivals and pick up a comprehensive win. It’s unlikely that they’ll suffer with any nerves given the occasion, and with the expectant home crowd waiting for a big performance to kick things off this summer, Les Bleus will deliver.